If recent reports are to be believed, the long-rumored midengine Chevrolet Corvette could be here as early as 2019. Naturally, Chevy is trying to keep a tight lid on the development, but these fresh spy photos give us the clearest look yet at the upcoming car. 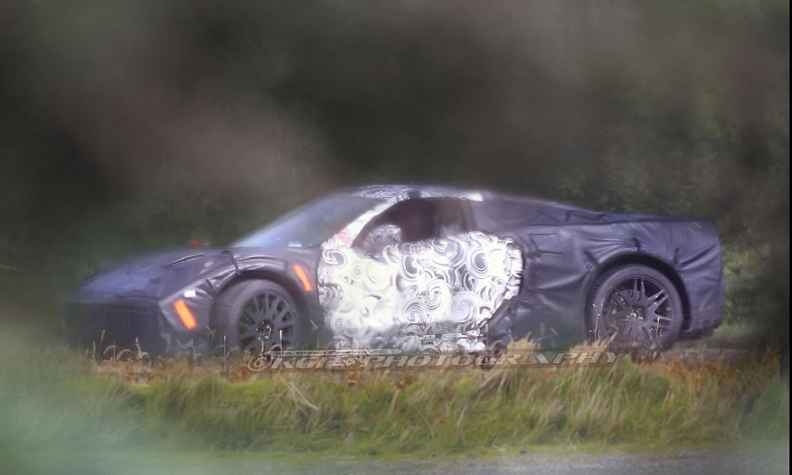 They’re far from conclusive, but whatever Chevy is cooking up, it’s a radical departure from the Corvette as we know it -- and the engine is definitely not up front.

For years, we’ve heard rumors that the C7 would be the last “traditional” Corvette -- that, with the latest Corvette incarnation, the front-engine, rear-wheel-drive formula has been pushed to its limit. The vehicle we’re looking at, then, is very likely the next step in Corvette evolution.

It still looks a lot like a development mule with a handful of C7 carryovers (the taillights, for example), but that extremely short nose and elongated rear end speak volumes.

Details remain predictably sparse; powertrain, price and performance all remain sketchy. Even its real name is an unknown; the project is apparently code-named “Emperor.” “Zora,” a tribute to the father of the Corvette, has been in the mix for a while now.

Also unclear is its position in the Chevrolet performance lineup. Will it replace the C7 outright, or will the two coexist for a while? Assuming the midengine car arrives in 2019, the C7 will only be 5 years old -- too young to discontinue, at least by previous Vette generation standards.

But perhaps the biggest question is whether the change of configuration will turn off the model’s loyalists -- though we’ll note they seem content to cheer on the highly successful midengine Corvette Daytona Prototypes.