Consumer Reports staff manipulated each car’s computer, putting it into “dyno” or test mode, and then unplugged rear-wheel sensors before conducting road tests that measured acceleration and fuel economy. 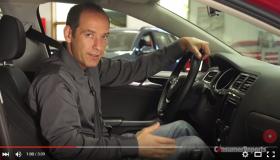 On the 2011 Jetta SportWagen TDI, the acceleration time to 60 mph increased from 9.9 seconds to 10.5 seconds, while fuel economy dropped from 50 mpg highway, to 46 mpg, an 8 percent decline.

On the 2015 Jetta TDI, acceleration was about the same, 9.1 seconds in cheat mode and 9.2 seconds with the emissions system functioning. But fuel economy took a hit, dropping from 53 mpg to 50, a 5.7 percent decline.