WASHINGTON -- The U.S. government is seeking support from researchers and data scientists to help understand and ultimately combat the leading causes of traffic deaths after a significant spike last year. 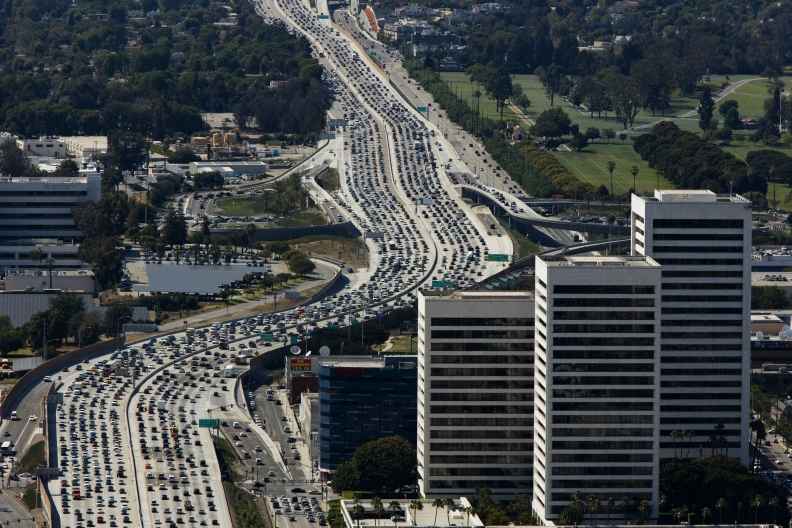 The Obama administration on Monday issued what it called an “unprecedented call to action” to outside groups as it released a final analysis of traffic fatality data from 2015, when roadside deaths jumped by 7.2 percent from 2014 to 35,092, the most since 2008.

While far fewer than the 42,708 traffic deaths recorded in 2005, the increase was the largest seen in a single year since 1966, regulators said in a statement, when fatalities grew by 8.1 percent.

The increase in highway fatalities also significantly outpaced a 3.5 percent rise in vehicle miles traveled, the largest gain since 1992, suggesting other factors contributed to the growth in deadly crashes last year and prompting the administration to solicit input from outsiders.

“Despite decades of safety improvements, far too many people are killed on our nation’s roads every year,” Transportation Secretary Anthony Foxx said in a statement. “Solving this problem will take teamwork, so we’re issuing a call to action and asking researchers, safety experts, data scientists and the public to analyze the fatality data and help find ways to prevent these tragedies.”

The final 2015 traffic death results were slightly below preliminary results released in July by the National Highway Traffic Safety Administration, which estimated then that 35,200 people died in crash deaths last year, a 7.7 percent increase from 2014.

Human factors such as drunken driving, texting and other distractions also contributed to the growth in overall highway deaths. Deaths related to driver distraction grew by 8.8 percent, outpacing the rise in overall deaths. Drunken-driving fatalities increased by 3.2 percent, and the number of deaths involving occupants not wearing seat belts jumped by 4.9 percent.

“The data tell us that people die when they drive drunk, distracted, or drowsy, or if they are speeding or unbuckled,” NHTSA Administrator Mark Rosekind said in a statement. “While there have been enormous improvements in many of these areas, we need to find new solutions to end traffic fatalities.”

In a statement, the Alliance of Automobile Manufacturers trade group said that continued education about seat belts and impaired driving is needed, noting that half of all traffic fatalities in 2015 involved occupants that weren’t wearing seat belts.

The trade group noted that just 1 percent of fatal crashes in 2014 involved a vehicle defect. The alliance represents 12 automakers, including the Detroit 3.

“Safety is a shared responsibility,” the alliance said, “and we all need to work together to identify where we can save the most lives.”