If Ricky Ricardo were a Chevy dealer, he might be telling his salespeople: "We have some 'splainin' to do." 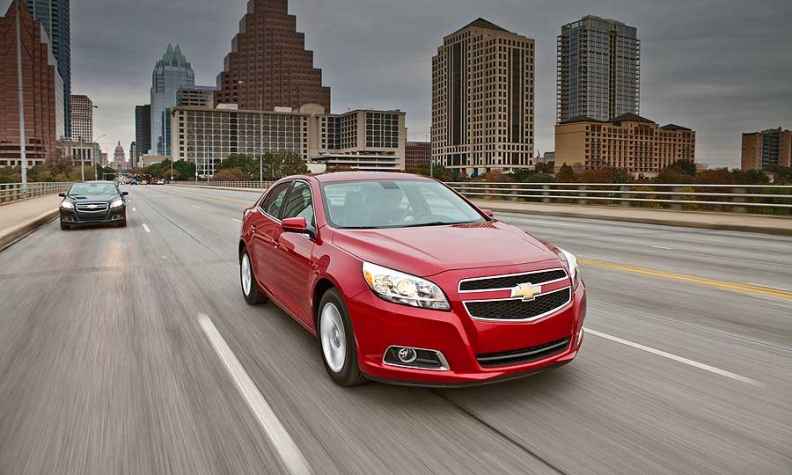 Starting Monday, Chevrolet will launch a big advertising blitz for the 2013 Malibu. You'll catch the ads primarily during March Madness, the NCAA playoffs

But unlike a typical new car introduction, next week only one model will appear in showrooms: the more-expensive, higher-tech Malibu Eco. The sticker is $25,995 including transportation.

I guess the sales team will be prepped to tell shoppers: "Here's a brochure, come back in July if you want a less expensive, less high-tech model."

The 2013 Malibu Eco is equipped with General Motors' eAssist technology that boosts fuel economy. Twenty-five mpg in the city and 37 mpg on the highway is predicted. This is the same technology that is available on Buick's Regal and LaCrosse.

Lower-priced Malibu models, including the base car, won't appear until July. Those cars will be equipped with GM's new 2.5-liter 195-hp 2.5-liter four-cylinder engine. Production of the new engine isn't quite ready for prime time.

The Malibu Eco is not for the bargain-basement crowd.

Russ Clark, marketing director for Chevy's mid-sized and performance cars, says the Malibu Eco was purposely pulled ahead several months. He points to the wide range of redesigned new models coming out later this year, models that are the Malibu's prime competitors -- Ford Fusion, Honda Accord and Nissan Altima.

"You can't talk about your car when there's a lot of noise," meaning the competition's ads, Clark said during an interview at the Malibu press conference.

"We are using these six months to get the message across on styling, comfort, convenience, and, of course, fuel economy," Clark said.

Well, Chevy dealers better have a big supply of brochures and hope potential buyers wait until the Malibu they can afford arrives.

It's a gutsy, expensive move by Chevy to lure shoppers to the showroom, only for some to find out the car they really want is four months away.