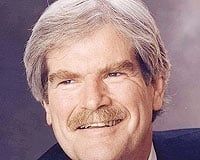 That and continuing coverage of the missing Malaysian airliner have bumped critical news for the auto industry off the front page. The crisis in Ukraine and Eastern Europe is ongoing and will be causing all sorts of problems for European auto manufacturers for some time to come.

And we should realize that the U.S. point of view is dramatically different from that of our allies in Europe.

Europeans are dependent on the continual flow of oil from Russia through Eastern Europe. Particularly in Germany, Europeans can't tolerate any stoppage of the supply of oil. If the oil stops flowing, their economy stops almost instantly.

Meanwhile, a lot of Western automobile companies have been investing heavily and betting big on the Russian car market -- a bet that right now seems precarious.

Ford Motor, last week, announced substantial cuts in jobs and production in Russia, a pattern other companies may follow.

As the West imposes more economic sanctions on Russia and Russia continues its saber rattling, the entire region is a powder keg. The automotive industry seems to be the most visible and the most vulnerable of all Western investments.

A standoff could last for months -- and even a standoff is a far better outcome than the possibility of further Russian expansion.

Not only is the entire auto sector in Russia at risk but also the entire Western European economy that runs, like the rest of the world, on oil.

Once again, it seems the automobile industry is threatened by political activities far beyond its control. Events in Eastern Europe put peace in the region at risk and pose a continual challenge for the growth of automobile companies in Eastern and Central Europe.

The auto industry is intertwined with politics all over the world. This crisis is just the latest example of how politics can affect its growth and prosperity.

The answers aren't simple; the industry needs a stable economy to thrive. In Russia and Europe, that's not going to happen for quite a while.