It's an exciting time for electric vehicles. Inside EVs says U.S. sales jumped 37 percent last year, and this year's 46 percent spike through March continued the momentum. Even as the record pace of industrywide auto sales slows, electric carmaker Tesla has surpassed Ford and General Motors in market value for the first time. This is a signal that electric vehicles are rapidly merging into the mainstream, increasing the strength of the sector for investors. 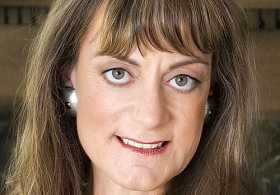 That's pretty impressive for an industry that's only about a decade old. Eleven years ago, DBL Partners saw that EVs embodied our double bottom line investment approach: one that offers great returns while doing good for the planet and boosting jobs and the economy. Since then, an EV movement has spread worldwide, creating tens of thousands of jobs and reducing pollution in the process. So when there's rhetoric from Washington about challenging the rules that have made EVs' remarkable growth possible, we can only shake our heads.

American EVs have increased momentum in large part because of leadership from California. Policy leadership innovation from the governor, legislators and the state's Air Resources Board combined with future-oriented companies such as Tesla have shown the world how to create, develop and sell world-class EVs.

This is all possible because California -- which for decades has tackled some of the worst air pollution in the nation -- has long been granted authority by the EPA to require cars sold there to run cleaner than national standards require. And as part of that effort, California ensures a growing number of the cars sold in the state are among the cleanest in the world, with a zero emission vehicle program. Here, necessity has truly been the mother of invention: California gets cleaner air and a stronger economy, and serves as a pilot project for new industries to create jobs, while kick-starting the electric future most transportation experts see coming.