The Trump administration is gearing up for its next big legal fight, taking on California's long-established authority to set vehicle emission standards for new cars. Because the state is so large, this effectively creates national mpg targets for any manufacturer selling vehicles in the U.S. Trump wants to take this power away from California and set lower national mpg standards. 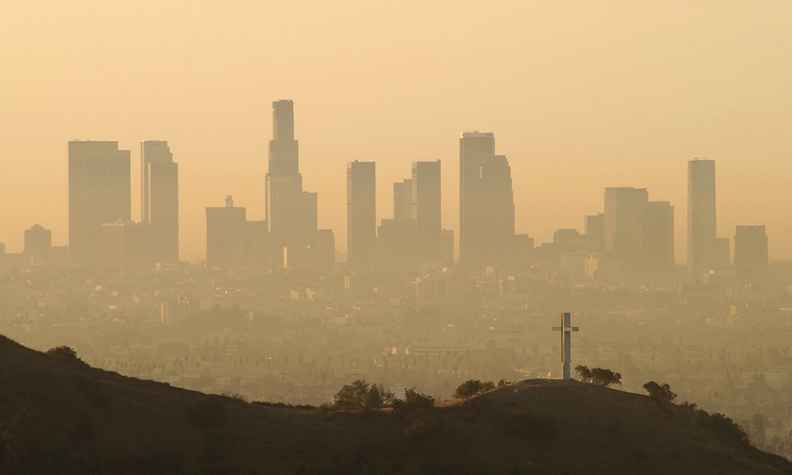 The question is, can he do it? Or is this just another example of presidential overreach in an administration that specializes in going too far?

The answer turns out to be more complicated than you might think. California's practices do have a strong basis in a federal law created to let the state fight smog. Yet California may have gone beyond this original mandate and become a regulator acting on par with the federal government — a strange deviation from the norms of U.S. federalism. The issue may eventually make its way to the Supreme Court, and with its current conservative majority, the court could very well decide in favor of Trump.

The origin of California's unusual powers goes back to the Clean Air Act of 1963. The law gives the EPA authority to set emission standards, and bars states and local governments from setting standards of their own. But Section 209 allows California to apply for a waiver from that ban to allow it to set its own emission standards. The EPA is required to grant California's waiver unless it finds that California doesn't need the standards "to meet compelling and extraordinary conditions" or that California was "arbitrary and capricious in its finding that its standards are, in the aggregate, at least as protective of public health and welfare as applicable federal standards."

The reason California got this special treatment back in 1963 was that Congress recognized that the terrible smog in Southern California was largely a product of vehicle emissions. The idea was that California could clean up its air by requiring things like catalytic converters and "check engine" systems to limit tailpipe emissions.

It worked, more or less, and California's skies got somewhat cleaner. And because California was and remains such a huge auto market, manufacturers came to treat the California standards as their de facto requirements for the whole country.

As far as California is concerned, it's still simply limiting carbon dioxide emissions and attempting to fight smog … but it's doing so by setting mileage standards. The Trump administration is poised to argue that California has used its waiver to get into the business of regulating carmakers generally — not just to keep the skies clear over California. Effectively, the Trump demonstration says, California is competing with the EPA as a policymaker setting national standards.

If you care about climate change, you might think that's perfectly fine, especially because California can only set standards that are tougher than the federal government's, not weaker.

But from the standpoint of government design, it's pretty strange that one state can thwart the will of the executive branch. The governor of California represents Californians; the U.S. president represents the entire country. Even if you don't like Trump's policies, you should be willing to admit that he's the elected president

The technical name for a situation where one state has special powers is "asymmetrical federalism." The Clean Air Act waiver is one of those highly unusual cases where the U.S. Congress has given asymmetrical powers to one state. Lots of other states have pledged to follow California's standards; but they don't have the same legal authority to set standards of their own.

When conservative courts come to consider whether California's mileage standards go too far, expect them to analyze the issue against the backdrop of federalism. Sure, conservatives like states' rights. But they may not like the idea that one state out of all the others has the capacity to compete with the federal government to make policy. And frankly, if it were not for the environmental twist, many liberal judges would also be skeptical of a state pushing the boundaries of its unique powers.

The legal fight is just getting started, and it will take years to wend its way through the courts. If Donald Trump isn't re-elected, the whole issue will probably go away. If he is, however, we are very likely to see a lengthy fight over federalism, the environment, and just how unique California really is.