DETROIT -- The tickertape parades are over and it's time for automakers, suppliers and industry groups to prove electric vehicles have a future. 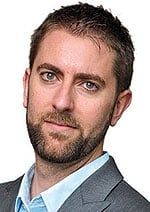 After an event in 2009 focused on hype, 2010 focused on implementation, now this year's Center for Automotive Research's The Business of Plugging In conference is all about viability.

The conference's opening workshop, "PEVs: Getting Plugged In to the Newest Technology," in suburban Detroit on Tuesday quickly swayed from technology to challenges.

"The key enabler is understanding what the customer wants," said Sherif Marakby, director of electrification programs and engineering for Ford Motor Co. "Saving money is the main reason for the consumer (to buy an electric or plug-in hybrid electric vehicle)."

Roughly 25 percent don't even understand the differences between hybrids and electric vehicles.

So what needs to happen for widespread integration?

"Look at cell phones," he said during a panel discussion. "People had the same anxiety with charging phones…We've all figured out a routine for that. People will develop a routine for charging their EVs as well."

"Fuel efficiency is the most appealing aspect of EVs to the consumer," Marakby said. "If gas prices go above $5, it will grow this market."

In the Ford survey, 80 percent said they were happy with the fuel economy of their current gas-powered car.

On Azure's electric-drivetrain Ford Transit Connect commercial van, the return on the investment for the consumer is five to 10 years. Wyatt said customers want a payback to happen by year three.

For every 50-cent increase in gas prices, the payback will be cut back by six months, he said.

"Unless we see cost reductions in lithium-ion batteries, the payback will continue to rely on government rebates, gasoline prices and charging station integration," Wyatt said.

So while we continue to push electrification, problems remain. But conferences like The Business of Plugging In are aimed at exploring those challenges. The conference continues through Thursday.