The DeLorean is back. In the future. And it might be better than ever. 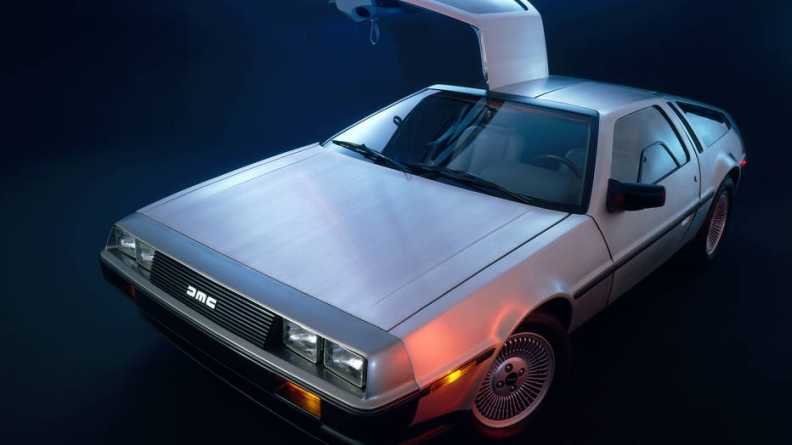 The DeLorean Motor Company of Humble, Texas, plans to start production of a souped-up version of the super-cool gull-wing icon from the three-decade-old Back to the Future franchise, and it's all thanks to an act of Congress.

"For nearly five decades, the National Highway Traffic Safety Administration has not distinguished between a company producing millions of cars and a small business making a few custom cars," the company said in a statement on its website.

The replica vehicles are still subject to equipment standards, recalls and remedies, the company said, and must meet Clean Air Act emissions standards. The resurrection is also a testament to the love of customers around the world for Dr. Emmett Brown's time-traveling car. About 9,000 DeLoreans were built between 1981 and 1983 in Ireland before the original company went bankrupt.

The closely held Texas company has a business refurbishing the original DeLoreans and settled with the estate of John DeLorean's wife last year for the name and trademarks of the original company.

It plans to sell about 300 replicas of DeLorean DMC-12s with modern engines, CEO Stephen Wynne told KPRC-TV in Houston.

That will make the car more of a true sports car than the original, which featured a mere 130 horsepower -- less than a 2016 Toyota Corolla. The company is still deciding on which engine to use and must source other parts for the car, with a goal to get them on the road at a rate of about one a week starting in 2017.

The cars will keep the look of the original, with a stainless steel exterior and those iconic gull-wing doors, and the company aims to keep the cost below $100,000, KPRC reported.

Republican Senator John Thune of South Dakota, the chairman of the Commerce Committee, bragged about Congress's role in the car's resurrection.

"The FAST Act included provisions to create opportunities for job creation by reforming regulations that often don't make sense and stifle small businesses," he said in a statement. "I'm excited to see this part of our reform bill is making a difference for a small business and fans of an iconic 1980s car."

Other companies, including Superformance LLC of Irvine, Calif., also plan to use the new law to sell modern replicas of iconic sports cars.

"Factory-built replicas have quickly become the best way for fans of motorsport icons like the Shelby Cobra, Shelby Daytona Coupe, Ford GT40, and Chevrolet Corvette Grand Sport to realize their dream of getting behind the wheel of one of these legendary automobiles," Superformance said in December. "Superformance will now be able to offer these vehicles as brand new, ready-to-run cars with a federally-assigned VIN tag and a compliant modern powertrain."