As General Motors CEO Dan Akerson ponders whether to authorize production of a flagship sedan for Cadillac, the head of the luxury brand's dealer council has some advice for him. 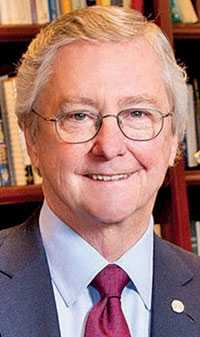 "We clearly need an S-class competitor," says Carl Sewell, co-chairman of the Cadillac National Dealer Council and owner of Sewell Automotive Cos. of Dallas, which owns four Cadillac stores. "If we're going to be a global company that becomes the standard of the world, we absolutely have to have that car."

In November, Akerson told Automotive News that GM still is weighing the prospects for the long-rumored flagship, a large sedan that would top Cadillac's lineup and square off against the BMW 7 series, Mercedes S class, and Audi A8.

Akerson called it "a big bet for us" and said GM likely will decide by late this year whether to green-light the program. He said several factors would dictate the decision, including how successful Cadillac is "in re-establishing the brand not only in North America but also China."

Bob Ferguson, who in October was appointed to the new post of global vice president of Cadillac, told Automotive News last month that he's "an advocate" for a flagship and that there is "considerable opportunity" for Cadillac in that segment in both the United States and in China.

"To have the credentials as a full luxury player, it's something we need to give really serious consideration to," Ferguson said.

A range-topping Cadillac sedan has been rumored for years, fueled by concepts such as the Cadillac Sixteen, a performance beast with a 13.6-liter, V-16 engine that GM showed in 2003, and the Cadillac Ciel, a luxury four-seat convertible shown in 2011.

Sewell, referring to companies headquartered in his market, says: "If you're a dealer like me in Dallas and you have the chairman of the board of AT&T or ExxonMobil or Frito-Lay and he can't buy" a range-topping Cadillac, but instead "he's got to go buy a 7 series or an S class, then you're not in the same ballgame."

Previous article Caddy: Not yet ready for S-class...
Next article Cadillac holds off on virtual showr...