Big tax breaks for many buyers of commercial vehicles are scheduled to expire at year end, so automakers and dealers are scrambling to get the word out to small businesses to buy now. 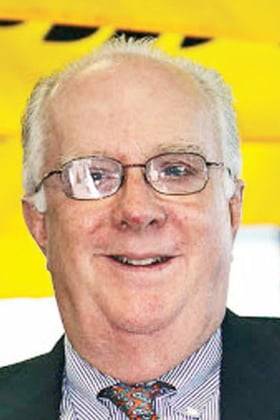 The tax breaks, part of federal stimulus legislation spurred by the recession, dramatically front load the depreciation schedules for many large assets, particularly for vehicles of more than 6,000 pounds, such as heavy-duty pickups.

Mitchell Dale, owner of McRee Ford in Dickinson, Texas, said one customer who runs a fleet of about 50 vehicles was scheduled to replace two pickups; instead, he bought seven.

"He bought five additional vehicles so he could take advantage of the tax benefits" because his accountant told him to, Dale said. "It is clearly stimulating some business on the commercial side."

The tax breaks available this year can mean first-year depreciation of as much as $46,000 on a $60,000 heavy-duty pickup if a customer takes delivery before Dec. 31. (See table, Page 34.) The extra depreciation can reduce business tax bills by lowering taxable income.

The deduction under Section 179 of the federal tax code applies to businesses that buy or lease $2 million or less worth of equipment in 2013.

Most vehicles of more than 6,000 pounds that are used for business are eligible for 100 percent of the depreciation. But any vehicle used for commercial purposes can qualify for some benefits.

"These tax incentives can be very powerful in the first year of purchase," said Eugenia Cusumano, a certified public accountant in Chrysler Group's office of tax affairs. Cusumano was one of three Chrysler CPAs who conducted an online seminar last month to explain the depreciation stimulus to businesses and dealers.

For dealers and automakers, the challenge is making sure customers are aware of the advantages of shopping before year end.

Chrysler, which this year expanded to 875 its network of BusinessLink dealerships that can give preferential treatment to commercial customers, has been pushing the added depreciation message to its dealers for several weeks.

"They have to start right away," said Michael Ring, head of small business sales and operations for Chrysler Group. Chrysler placed links on its commercial dealers' Web sites that show the amount of additional depreciation available on each of its vehicles. It also has encouraged dealers to reach out to customers to make sure they know the tax benefits of buying in 2013, Ring said.

Ring said, "About 30 percent of annual commercial sales volume typically is done from the end of October to the end of the year. That's been an industry cycle for a while now."

Previous article Buy a vehicle, get a personali...
Next article Buyers aplenty, but dealers are...